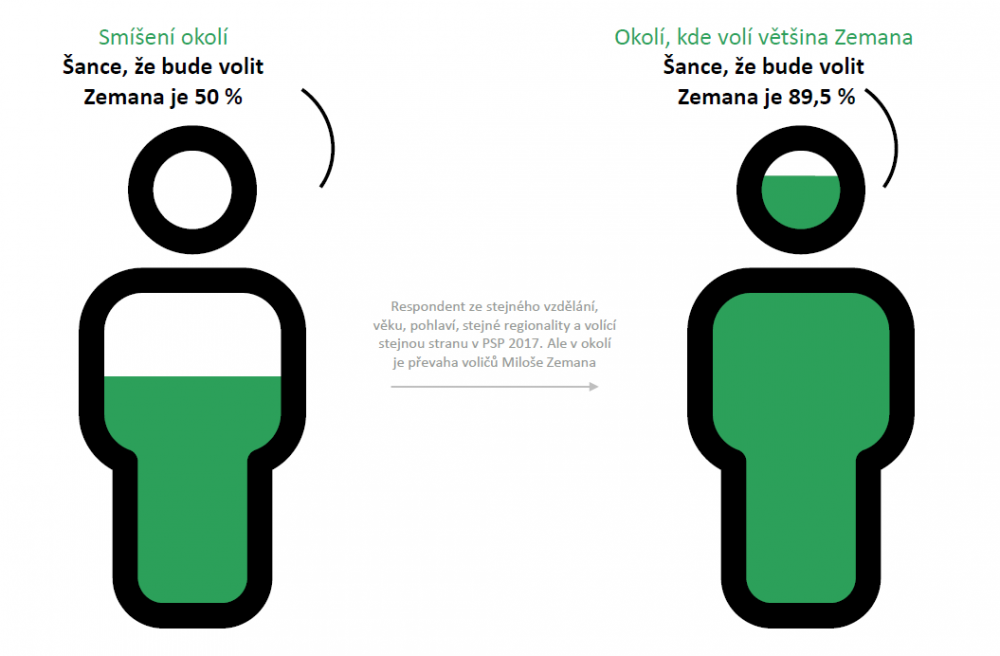 Almost 30% of people lived in a social “bubble” at the time of the presidential election – that means that the vast majority of people they know voted either Jiří Drahoš or Miloš Zeman. The fact that your peers predominantly choose one candidate increases the chance of you also voting for him 8–9 times – even if we control for sociodemography, regionality and the party elected in the Parliament elections. Bubble voters do not differ from voters in a mixed opinion environment in terms of the strength of support for “their” candidate. But they share different stories and interpretations. Bubble voters of Drahoš (compared to his voters from the mixed opinion group) voted more negatively (against Zeman) and perceive Miloš Zeman and his campaign much more critically. On the other hand, Zeman’s bubble voters distinguished themselves by greater enthusiasm for the President’s performance in the debates and more confidence in his victory in the elections.

Read the bubble voter report from the Presidential Panel (in Czech only).